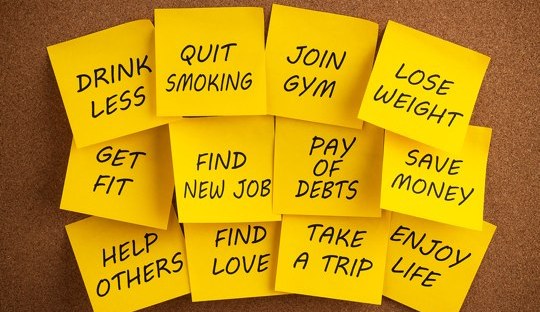 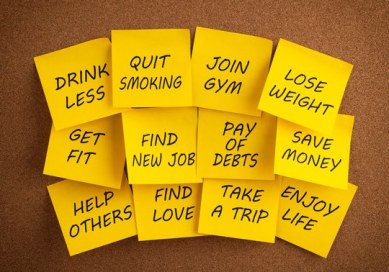 Are you are your own worst enemy? How many times have you intended to make changes in the New Year and then asked yourself why you self-destruct? We can all be guilty of self-sabotage, whether it’s procrastinating when something important is due at work, working out in the gym and then binging on chocolate when you get home, making promises to yourself that you don’t intend to keep, or keeping so busy that you barely have time to think let alone deal with your issues.

How do you get in your own way?

Your counter-productive habits manifest themselves in 2 ways – they’re either rebellious coping mechanisms in times of stress (such as overspending or drinking too much), or they are ways of staying in your comfort zone due to feelings of unworthiness (like never asking for a promotion or staying in disruptive relationships).  You may be wondering “Why do I do that to myself?”

You have automatic inborn survival responses relating to feelings of fear that prepare your body to “fight” or “flee” from situations where you feel threatened, or when you think that you feel threatened.  It is the feeling we attach to these fearful events that cause us to use a coping mechanism which then becomes a self-defeating behaviour.

Your subconscious stores all your past memories and experiences of occasions when you’ve felt fearful and these subconscious memories manifest in your thoughts, actions and patterns of self-defeating behaviours.  These behaviours usually start in childhood when your options are more limited and your subconscious mind is more open to external manipulation, because we accept what we are told through the repeated information given to us by authority figures, such as parents, teachers and religious leaders.  We then bring these suggestions into our experiences and build them into our core belief systems – so without realising it, we tend to internalise attitudes that were taught to us by parents or influential caretakers throughout our development.  This critical inner voice is formed from our early life experiences for example, if our parents said we were lazy, we may grow up feeling useless or ineffective and engage in self-sabotaging thoughts that tell us not to even try, such as “Why bother? You’ll never succeed anyway. You just don’t have the energy to get anything done.”  In a similar way, children can also internalise negative thoughts that their parents or early caretakers had toward themselves.  For example, if you grew up with a parent who often viewed themselves as weak or a failure, you may grow up with similar self-sabotaging attitudes.

We can’t change the past, but as adults, we can identify the self-sabotaging thoughts that we’ve internalised and consciously choose to act against them. It is when we become victims to our critical inner voice and listen to its commands that we often engage in self-limiting or self-sabotaging behaviours that hurt us in our daily lives.

Your self-defeating behaviours usually start in early childhood as an effective way of coping, dealing with, or getting out of a difficult or unpleasant situation.  Then these behaviours, thoughts, or feelings become an unconscious reaction.  In recognising the life circumstances which have led to these behaviours, you will more accurately identify your underlying needs associated with the behaviour and your core beliefs that fuel those thoughts, feelings, and behaviours.  Self-sabotage can come in many forms and manifest in our lives in many different ways.

Here is a list of the common forms of self-sabotage :

Inability to say NO

Depression (this is self-defeat at its most effective)

Where do self-sabotaging thoughts come from?

Self-sabotaging thoughts and behaviours are perpetuated by an inner critic we all possess.  We are already so hard on ourselves and what’s worse is that we usually don’t recognise that it’s even happening.  Negative self-talk strengthens the negative thoughts and patterns you have about yourself, your inadequacies, your lack of success and this leads to a cycle of self-sabotaging that can be very difficult to break.  Your anti-self, that’s formed from your early life experiences, casts doubt about your abilities, undermines your desires, and fills your mind with critical self-analysis and self-sabotaging thoughts that cause you to hold back from your true goals.  Therefore changing these behaviours means challenging deeply engrained, old and familiar attitudes that you have about yourself.

All self-defeating behaviours are false friends – they seem helpful at the time but are actually harmful, especially when repeated as a pattern and developed over time. Comfort eating, for example, might not be too problematic if it happens only once every few weeks, but it becomes self-defeating when it occurs frequently (after every stressful event and becomes your go-to response because you might not know another way of coping with pressure) and causes weight gain, health issues and body dissatisfaction.

Some of the most severe forms of self-sabotage often feel right because they help us escape intense and uncomfortable negative emotions.  Sadness often leads people to withdraw from others and to stop engaging in activities they enjoy. This response feels right, but it is actually harmful because by withholding the healthy things from ourselves when we are sad, we only intensify the sadness, potentially turning it into depression.

How to stop engaging in self-sabotaging behaviour

All forms of talking therapy are designed to treat some form of self-defeating behaviour.  Bearing in mind that the main reason we practice our self-defeating behaviours is fear (our automatic inborn survival response) the main reason that we carry on these behaviours is the instant reduction of feelings of psychological and physical tension.  This instant reward causes us to minimise the effects of our behaviour and to rationalise it in order to continue to use it, which takes away the possibility of choosing a healthier action or behaviour in the future.   Self-sabotage is a complex process that encompasses your limiting beliefs, so it’s necessary to pay close attention to the excuses you may make that prevent you from moving forward.

I’m just not ready yet …

Through conscious self-awareness can you begin to put a stop to these patterns of behaviour.

To help you to eliminate these self-sabotaging behaviours I can assist and guide you to:-

All negative behaviour has negative consequences for our life. What is this behaviour costing you? When we take the time to recognise the consequences, we form a greater understanding of the problem and we build up the motivation to resolve the situation.  It’s also beneficial to list all the positive consequences of life without your self-defeating behaviours. Listing positive outcomes will serve as a positive reinforcement towards choosing and implementing behavioural changes.

The choice of changing these behaviours lies solely with you, but knowing that you have a choice about how to respond to difficult situations is very empowering.  Replacing maladaptive core beliefs with self-enhancing beliefs will also help to raise your self-esteem and motivation.

These questions are a good starting point and will get you focused in the right direction:

What goals have you had for a long time and never been able to accomplish?

Are you lacking motivation to do something that you should want to do?

In which areas do you find yourself procrastinating or putting off making a decision?

Is there something in your life that bothers you and causes you dissatisfaction because you know you could do it, or do it better?

Is there an area in your life where other people consistently get frustrated with you?

Caroline King is a registered and accredited Trauma Informed Integrative Coach, Counsellor, and Psychotherapist who uses a mind-body approach in supporting people to gain relief from anxiety and recover from trauma. She is based in the UK and offers clients 1:1 video sessions worldwide. View all posts by carolinekingtherapy